Why Feet Are Ticklish | Fort Worth Podiatrist

Lightly trailing a feather or a finger over the instep of someone’s foot usually causes several predictable reactions: The person laughs, giggles or becomes irritated, instinctively draws his foot out of reach and does his utmost to avoid being tickled... 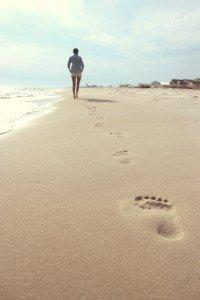 Lightly trailing a feather or a finger over the instep of someone’s foot usually causes several predictable reactions: The person laughs, giggles or becomes irritated, instinctively draws his foot out of reach and does his utmost to avoid being tickled a second time. Dr. Michael Nirenberg of the America’s Podiatrist website says having ticklish feet is a good thing for a variety of reasons.

Researchers who have conducted experiments on ticklishness still don’t have all the answers as to why humans and other animals, such as cats, rats and monkeys, are ticklish or what exactly goes on between nerve endings and the brain during tickling. Because nerves on the foot’s sole have both touch and pain receptors that carry information about either sensation along neural pathways to the brain, it’s difficult to separate the two when talking about ticklishness, says the American Scientist website. The pain and pleasure of having your feet tickled is linked to these pain and touch nerve tracts. Add to that the anticipation of the tickle, and the whole business invokes a “tonic top-down regulation of neural activity,” as reported in MIT’s “Journal of Cognitive Neuroscience”—which means the brain is primed and ready to react before the feather touches skin. It also explains why a person can’t tickle himself: The surprise factor is absent because the tickler is in control of tickling of his own body part and knows it.

The term knismesis refers to a feather-light touch on the skin’s surface that provokes irritation rather than pleasure or laughter. Gargalesis, on the other hand, describes the more enjoyable experience of tickling a foot or other body part in a playful, non-threatening manner that results in genuine laughter, according to a 2004 article in the “Journal of the American Academy of Dermatology.” Social behavior might have a lot to do with gargalesis. People who try to tickle themselves might manage to produce knismesis, but not gargalesis.

Ticklish feet are usually a good indication of health, says Nirenberg. Non-ticklish feet can indicate problems with nerve receptors caused by illnesses such as diabetes mellitus, arthritis, certain vitamin deficiencies or thyroid problems. According to Nirenberg, patients who either have ticklish feet or feel foot pain should feel fortunate—losing ticklish sensation on the feet can indicate neuropathy, a disease in which the nerves deteriorate.

Ticklish feet also might be a primal reaction in both humans and animals to rid themselves of insects or reptiles crawling on feet or other vulnerable body parts, states “The Boston Globe.” The feel of a blade of grass or a creeping centipede elicits the same swift response on ticklish feet.

Darwin’s and Other Theories

Scientists and psychologists at one time thought ticklishness was a reflex, but now view it as social-bonding behavior that can be learned at an early age between a parent and child. Nirenberg of the America’s Podiatrist website states that “tickling helps establish trust between a child and mother.” The mother-child tickling scenario was part of Darwin’s theory about tickling. He posited that a child expecting to be tickled laughed, but a child who wasn’t expecting to be tickled initially showed displeasure. Tickling a complete stranger’s foot on a subway train would most likely not draw the same reaction as tickling the feet of a child, lover, friend or sibling.