Running Rx: What to do when your workout wrecks your toenails | Saginaw Foot Doctor

Except for changing the color of your polish, you probably take your toenails for granted. Unless you’ve lost some nails running or in some other fitness mishap with, say, a free weight. Then you become extremely aware of your toenails. 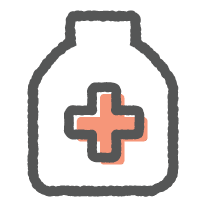 Except for changing the color of your polish, you probably take your toenails for granted. Unless you’ve lost some nails running or in some other fitness mishap with, say, a free weight. Then you become extremely aware of your toenails.

But many serious runners assume that black, loose, or missing toenails are just part of the deal.

“I see people for this all the time,” says Suzanne Levine, MD, a Park Avenue podiatrist who offers “foot facials” at Institute Beauté and author of My Feet Are Killing Me. “Long-distance running is the number one culprit, but I see it in skiers, tennis players, and ballroom dancers who wear high heels.” (She tended to the two I knocked off descending Kilimanjaro.)

What happens is that inflexible shoes rub off the toenail, making it separate from the nail bed. “It’s like a hammer repeatedly hitting the nail,” says Dr. Levine. Trauma is occurring to the nail matrix (the place the nail grows from). Eventually the nail plate pops off. (Sorry, TMI?)

Lost toenails grow back, of course, but it takes six months. (And if the injury has damaged the nail matrix, the new nail will be thicker.) Since injured nails often don’t come off immediately, walking around with bruised, loose nails that you know are going to fall off (hopefully not in yoga class) is not much fun. Neither is getting in infection, which you’re at risk of as well.

1. Start with your shoes.

Make sure your shoes fit properly—you want a thumb’s width between the tip of the toe and the front of the shoe. Dr. Levine suggests wearing two pairs of socks when running.

It’s for health, not vanity! Before you put your running shoes on, slather nails with a urea lotion. “It really moisturizes and penetrates more than anything else out there,” she says. Though it’s not natural. She also recommends coconut oil to moisturize the nail, and a dilution of tea tree oil to fight fungus. And make sure you’re eating right, as nutritional deficiencies can weaken nails.

Another way to keep your toes in top form is to maintain a square-shaped toenail. “People and pedicurists tend to penetrate too much into the edges when trying to achieve a round nail,” she says.

When you take off your socks and see black and blue, “it’s important to do something about your injured toes immediately.” Clean the injured little piggies and start using an antibiotic cream regularly. Then soak your feet in peppermint tea to reduce the hematoma (black, deoxygenated blood) under the nail.

Take it from me, don’t yank it off before it’s ready. Don’t cut it or dig underneath it with an orange stick. Definitely don’t take a Tanzanian mountain guide’s offer to drill a hole in it with his Swiss Army knife to drain the blood. Poking around induces bacteria and is likely to cause a painful infection. (The hole isn’t the worst idea, but should be made by a doctor in a sterile environment.) If it’s really flapping around, you can carefully snip it off, but Dr. Levine prefers to err on the side of caution, keeping it taped and antibiotic-ed up until it’s really ready to come off. Soaking with Epsom salts is also a good idea.

Switch from the antibiotic to a topical antifungal. As the new nail grows in, try to thin it out by using a buffer and a urea cream or the coconut oil. A podiatrist can also use a laser to thin the new nail. Skip the nail polish, and wear sandals if you can.

If you’re in a lot of pain, the black-and-blue doesn’t go away, the nail oozes, the new nail looks funky, or you’re tempted to self-treat with pedicure tools—do your feet a favor, and go to a professional.